Mysterious Stranger will appear occasionally in V.A.T.S. to help you

Increasing chance of the Mysterious Stranger appearing when using V.A.T.S. 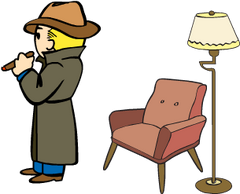 “Looks like you could use some assistance.”— Mysterious Stranger, Fallout

“With this Perk, you have gained the attention of a Mysterious Stranger, who will appear to help you from time to time. If your ally is lost in combat, do not expect him or her to be replaced.”— Fallout & Fallout 2 description

Only in hostile random encounters, there is a chance that the character will gain a temporary ally in a leather jacket (male with a male character and female with a female character). The unidentified stranger's details depend on the player character's level.

“Gives you your own personal guardian angel... armed with a fully loaded .44 Magnum. With this perk, the Mysterious Stranger appears occasionally in V.A.T.S. mode to lend a hand, with deadly efficiency.”— Fallout 3 and Fallout: New Vegas description

If the last target at the end of V.A.T.S. sequence has 150 health or less, there is a 10% chance that the character will gain a temporary ally in a fedora and overcoat that will finish off that target using his unique .44 Magnum.

“Who is he? Why does he help? Who cares! The Mysterious Stranger will appear occasionally in V.A.T.S. to lend a hand, with deadly efficiency...”— Rank 1 description

The Mysterious Stranger may appear in V.A.T.S.; he will then fire a single shot from his .44 Magnum to instantly deal a massive (but not always instant killing) amount of damage.

Unlike the previous games, the Mysterious Stranger's face is mostly obscured by his worn fedora. 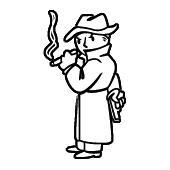 Loading screen slide
Add an image to this gallery
Retrieved from "https://fallout.fandom.com/wiki/Mysterious_Stranger?oldid=3208169"
Community content is available under CC-BY-SA unless otherwise noted.