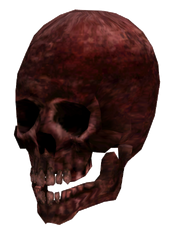 Mutilated limbs in Fallout 3 are the mangled, bloody remains of humans who have been killed and/or devoured by super mutants, cannibals or other wasteland predators. The limbs have no value as far as for selling, but they can be used as either Rock-It Launcher ammunition or as possible decoration for the Megaton or Tenpenny Tower player homes. In Fallout: New Vegas they serve no purpose, save decoration.

In Fallout 3, lootable mutilated limbs can be found randomly generated in gore bags, which are almost always found in super mutant camps and sometimes in raider camps. 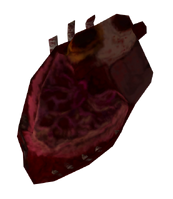 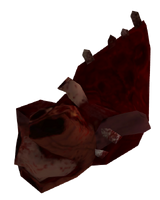 Mutilated leg
Add an image to this gallery
Retrieved from "https://fallout.fandom.com/wiki/Mutilated_limb?oldid=3168619"
Community content is available under CC-BY-SA unless otherwise noted.