Muggy is a neurotic, highly self-aware, sentient miniature Securitron made by Doctor 0.[1] Muggy does not sport a policeman, broken, crazed, or soldier face, but rather his monitor screen displays an animated version of a smiling coffee cup. Muggy is programmed to have an obsession with coffee mugs and to be aware of this obsession, without being able to do anything about it.[2] This not only shows his advancement compared to almost all other RobCo robots but also Dr. 0's ability in robotics and artificial intelligence.

Muggy harbors a deep-seated resentment of Dr. 0 for creating him as a mug-obsessed joke, compared to the larger Securitrons.[1] He blames Dr. 0 for his creation and the subsequent futility of his existence, as Dr. 0 became a brain in a pod who no longer needs or drinks coffee, resulting in there being no new mugs for him to clean.[2] Muggy is also angered by the idea of all the dirty dishes out in the Big MT area and beyond with nobody to clean them.[3]

Muggy resents Dr. 0 so much, he hopes the Courier managed to kill the doctor in a satisfactory manner[4] (though the Courier never confirms nor refutes this). If the Courier has discovered Higgs Village, in an ending of Old World Blues Muggy is said to accidentally lock himself there where he cleaned up the kitchens of the Think Tank professors but deliberately left 0's house dirty as a form of revenge.

Muggy will turn all coffee mugs, coffee pots and various plates into useful miscellaneous items. The items he accepts and their respective yields are as follows:

After being upgraded, Muggy, through an interactive request, will provide the Courier with all of the following once a day: 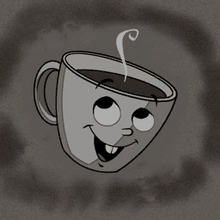