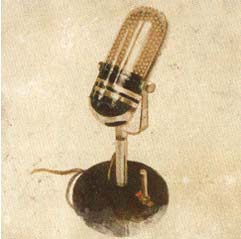 “The women of New Vegas ask me a lot if there's a Mrs. New Vegas. Well, of course there is. You're her. And you're still as perfect as the day we met.”

Mr. New Vegas is an AI personality which was created by Mr. House[1] before the Great War to be the DJ of Radio New Vegas,[2] a job he still performs over 200 years later in 2281. He is heard on Radio New Vegas, but never seen in-game.

Mr. New Vegas plays music and reports news, at times detailing the Courier's deeds in the Mojave Wasteland. He makes comments and gives advice on the Courier's active quests, such as revealing what the Courier must do or is going to do.

Much like Three Dog in Fallout 3, Mr. New Vegas also reveals some future details of the ending of Fallout: New Vegas, including the possible takeover of the NCR, Caesar's Legion, and Mr. House. In addition, Mr. New Vegas comments on the outcomes of major quests the Courier has already completed.

Mr. New Vegas is only heard in Fallout: New Vegas.

Retrieved from "https://fallout.fandom.com/wiki/Mr._New_Vegas?oldid=3349998"
Community content is available under CC-BY-SA unless otherwise noted.