Mr. Fuzzy is a series of fourteen variants of the Mr. Fuzzy junk items in Fallout 76. He is the mascot of Camden Park.

A soft toy in the shape of the Camden Park mascot, Mr. Fuzzy. It comes in either blue or black and sports a variety of different colored bow ties.

Jumbo variants share the same look and have the same value as their regular counterparts, but they weigh more, appear larger when inspected and yield one additional cloth when scrapped.

A gold tie Mr. Fuzzy doll can be found in Hell On Earth, the first level of Doom Eternal, another game published by Bethesda Softworks. 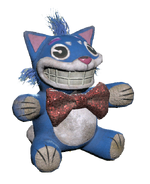 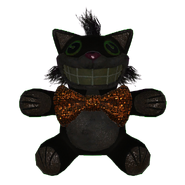 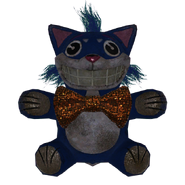 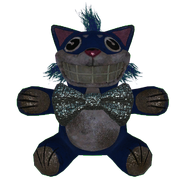 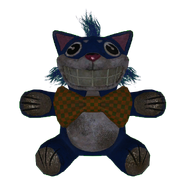