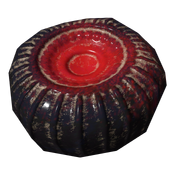 Mothman egg omelette is a consumable in Fallout 76.

An omelet made of mothman eggs whose consumption, compared to the raw eggs, results in fewer rads, more saturation and a Charisma boost for one hour.

It can be crafted at any cooking station with the correct ingredients after having picked up a mothman egg for the first time.

Retrieved from "https://fallout.fandom.com/wiki/Mothman_egg_omelette?oldid=3443022"
Community content is available under CC-BY-SA unless otherwise noted.