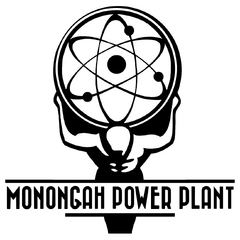 Monongah Power Plant is a location in the Savage Divide region of Appalachia. It is the location of a fusion core processor, which can be utilized by completing the event Powering Up Monongah as well as is a public workshop with claim and defend event quests.

Monongah Power Plant was one of three nuclear power plants providing power to the region.[1] Operated by Poseidon Energy, it survived the destruction of the Great War intact and was secured on November 1 by the 121st Infantry Platoon, also known as the Firebats, under the command of Captain Elliott Maxwell. The power plant was still considered a viable strategic target, despite the destruction of the infrastructure connecting it to the surrounding area. Two weeks of inactivity followed, making Elliott consider the posting a waste of time and resources, but he obeyed orders from command.[2] Boredom was replaced with action in late December, two days before Christmas. In order to keep the troops occupied, Elliott started routine patrols in a 1 km radius around the plant. Though sound, it stretched his limited manpower to the limit after command called half his platoon away, leaving him with just two squads to protect the power plant.[2]

The unit survived the brutal winter in good shape, but their rich neighbors from the mountain did not. The first patrol fell prey to the newly formed raiders on January 14, 2078. The raiders killed the soldiers and strung them up on a tree. When Elliott sent out Bravo Squad to investigate, they too fell into a trap and were forced to retreat under heavy fire. Elliott issued orders to fire at will if anyone suspicious approached within 500 meters of the plant.[3] To make things worse, there was no contact with command, leaving Elliott with half a platoon and no orders. The raiders launched their first major attack on the plant at 5:30 AM on February 2. Although they were repulsed after an hour of brutal fighting, Elliott lost nine of his 24 men.[4] Subsequent attacks killed another three soldiers, leaving him with just 12 by March 12.[5]

Despite that, he refused to issue an order to retreat, holding out and stubbornly following his orders. It did him no favors, as he was shot by the raiders on May 25. By then, there were just nine men remaining. Master Sergeant Thomas Senecheck assumed command and took the remnants of his troops toward the nearest major population center to try and link up with any military survivors.[6]

While the plant exterior is relatively straightforward, the interior is a maze of rooms, gantry ways, and various levels. While there are many signs posted throughout the plant, it is still easy to get confused. The plant can generally be divided into four sections:

The office spaces and the main control room are roughly located in the center of the plant. All of these areas connect in multiple ways on different floors.

Immediately after entering the main entrance to the plant yard are a small booth and a bunker-like structure just to the west. Inside are some office desks. In the main parking lot of the plant, there are a few military Armored Personnel Carriers. Additionally, there are a few tents erected in the lot, one of which contains a few typewriters.

On the southeastern side of the building is a transformer box attached to the wall. This is a part of the power plant yard. The workshop area covers approximately half of the lot to the south of the plant and wraps around the building to the east. The southeast corner of the yard contains a highly irradiated uranium deposit next to some nuclear waste barrels.

The transformer yard features a small shack with another transformer box on the wall. The fusion core processor can be powered up on the eastern side of the yard. Just outside the fence is a wood pile, and to the north, are acid and silver deposits. Another transformer box can be found along the north wall of the plant under a walkway leading to the roof.

To the west is Cooling Tower 1 and to the northwest is Cooling Tower 2. Inside each is a series of walkways leading to a small central room. This is where the striped pipes that need repairs during the Powering Up Monongah event are located. Once the event is complete, the cooling towers will be filled with steam that will harm the player character if they enter it.

Immediately after entering the plant from the main entrance is the main lobby. There is a locked security door to the right and a kitchen area off to the left. Behind the lobby desk is a doorway leading to the locked security room which contains a tinker's workbench. There is also a locked (Picklock 1) explosives crate in this room. The north end of the lobby connects to the men's and women's locker rooms. There is a dead raider inside the women's locker room.

Outside the locker rooms is a small room with a Nuka-Cola machine. From this room, the loading dock area is north, or a set of stairs leads up into the plant offices and into the main control room.

Heading north from the previous room is a doorway leading to the loading dock along the west wall and another room to the east, up a walkway. The room leading to the loading dock features two power armor stations. There is a chance that a power armor chassis will spawn here with raider power armor. There is also a chance a random plan will spawn on the table next to the station. The room above can be accessed from a walkway just to the north. It contains a weapons workbench. Heading north from the power armor stations will reveal a large ramp leading east into the fuel storage room, as well as an exit along the north wall. The corridor to the north leads to two small rooms, one of which features a roof access exit, near some red steel beams on the floor.

The large ramp leads up into the fuel storage room. It is recognizable by the large mechanical arms attached to the ceiling and the lower portion of the room being flooded. Along the northern wall is a locked (Picklock 0) metal box and a walkway leading to a corridor with a roof access exit. The corridor extends back into the storage room where a walkway can be taken to a stairwell leading to another roof access exit. The room at the top of these stairs contains an armor workbench.

The walkway wraps around to the southern side of the storage room and connects to an industrial office capsule that contains a red industrial steamer trunk. This room is above the pipe interchange room. From the walkways, it is possible to return back down to the entrance to the area, as well as move along into the reactor room. There is a large corridor for moving the nuclear fuel connecting the storage room and the reactor room accessible from the room with the steamer trunk. Inside the pipe interchange room is a chemistry station.

Heading south from the chemistry station is a small room and before the entrance into the reactor room. The reactor room is lightly irradiated.

In the southern portion of the room is another industrial office capsule along the wall. The control room is visible to the west. There is a terminal to the southwest that will allow access through a locked security door to the decontamination room.

To the north is another entry to the pipe interchange room and to the west are the plant offices. Heading through the plant offices leads to another lobby area with a glass ceiling. To the north is a stairwell that leads down to the locker rooms. To the south is a stairwell leading up to more office spaces. To the west is an office containing Captain Elliot's terminal which is locked (Hacker 0). Heading west from the office leads to the turbine hall.

Up the stairs from the previous lobby area is a larger room to the right. Ahead will be another entrance to the turbine hall. To the east is a room labeled roof access which contains another exit and a weapons workbench.

The corridor wraps around the central office room which contains a few Nuka-Cola vending machines and a first aid kit on the wall of the small break room. There is yet another entrance to the turbine hall here.

Entering the turbine hall from the upper floor of the offices will lead to a larger industrial capsule. There is a locked ammo box to the north end of this room. The walkways leading west crosses over the large turbines in this room, with a corridor on the western wall leading to the exit for Cooling Tower 1.

It is possible to use the walkways to reach a room in the northwest corner that leads to another roof access exit, as well as an exit leading directly to Cooling Tower 2. One level lower on a walkway is another exit on the north wall. At the southeastern corner on the upper level there is yet another roof access exit and directly below is a room with an exit that will lead to ground level outside.

The lower floor of the turbine hall is flooded. Progressing up one level and in between the two turbines are a security gate and a locked terminal that can be used to open it. Inside is a first aid kit and a fusion generator. The hall contains a lot of yellow consoles and striped pipes that will need repair during the Powering Up Monongah event.

Retrieved from "https://fallout.fandom.com/wiki/Monongah_power_plant?oldid=3540676"
Community content is available under CC-BY-SA unless otherwise noted.