Mirelurks are creatures found in Appalachia.

While usually being associated with mutated crabs, the term mirelurk refers to a range of mutated aquatic species.

The crab-like mirelurk is considered both fearsome and formidable by wastelanders. Mirelurks are generally social with others of their kind, although they tend to be aggressive to other creatures and one another if one gets too close to another.[1]

Most adult mirelurks appear to have a hardened carapace on their backs, which is suggested to be their primary defense mechanism. While their eyesight appears to be poor, mirelurks have an extraordinary sense of smell. After using their crab/spider-like legs and large claws to reach and catch prey, they use a smaller set of abdomen claws to strip their prey down to the bone within minutes. Most mirelurks grow remarkably fast, and the shelled-variant has been observed to reach maturity within weeks.[2]

The mirelurk crab attacks exclusively with melee. They will get close, usually in a group of three or more and attempt to hit the player character with their large claws. They will duck into their hard shell as a way to block incoming melee damage. They do this often and it can become an issue if the player character is being attacked from multiple sides, as when they turn to attack a different foe, the crouched mirelurk will leap up and attack almost instantly. They are vulnerable to explosives and headshots. 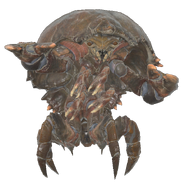 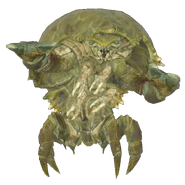 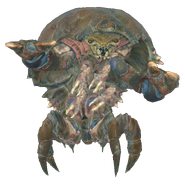 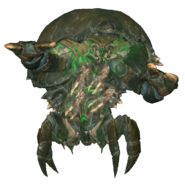 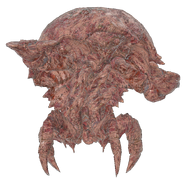 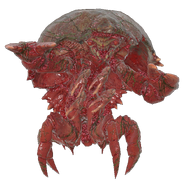 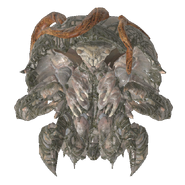 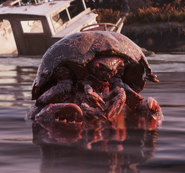 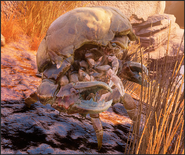 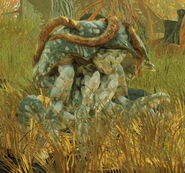