Members of the Minutemen are regular civilian volunteers, coming from the farms and towns of the Commonwealth. They give up their more peaceful lives of farming in favor of traveling around the region to "protect the people at a minute's notice." Though their numbers have dropped dramatically since the Quincy Massacre, small knots of minutemen can still be seen throughout the Commonwealth today, shepherding traders and travelers through the dangerous country. While their kit can vary widely, they are almost always seen wearing their distinctive tricorn hats and button-down uniform, armed with their weapon of choice, the laser musket.

Should the Sole Survivor choose to complete the main questline in favor of the Minutemen, patrols across the Commonwealth will be a much more common sight, and with more numbers per patrol. Some patrols may have attack dogs. They will address the Sole Survivor as their leader and make brief comments regarding their travels.

Minutemen appear only in Fallout 4 and the Fallout: Wasteland Warfare board game. 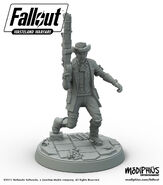 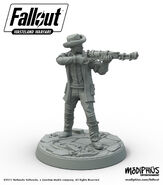 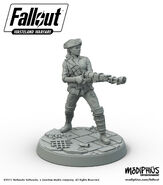 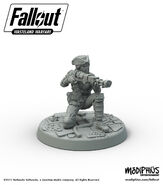