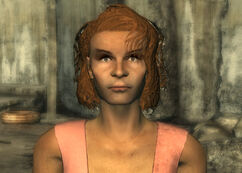 “Introductions are in order. I am Mrs. Edgar Wellington. You may refer to me as Madam or My Lady Wellington.”

Millicent Wellington is a resident of Tenpenny Tower who can often be found arguing with her husband, Edgar Wellington II, or demanding his attention.

Millicent is an elitist without the benefit of an elite society. Truth is, the other residents can't stand her, because she's a quarrelsome busybody; therefore, she never gets invited to any of the tower's intimate social events. She spends her days hanging around the house or complaining to her poor husband.[1]

If the Lone Wanderer takes the love letter off Susan Lancaster's desk and takes it to Millicent, she will immediately run off to find her husband; she will proceed to kill him with her 10mm pistol, and go after Susan herself (the guards seem not to mind). After both murders are committed, she will abandon Tenpenny Tower and head for the Warrington trainyard, where she will head into the tunnels, supposedly to meet her death by the hands of the ghouls. If the Lone Wanderer follows her and successfully defends her from the ghouls, Millicent will stay in the first maintenance room found along the tunnels.

* Only if you show her the love letter.

Millicent Wellington appears only in Fallout 3. 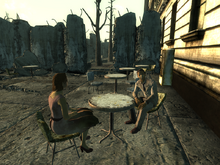 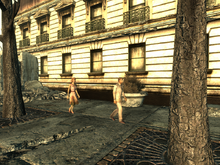 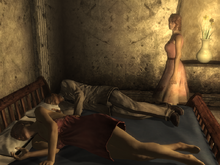 The love triangle of Edgar, Millicent and Susan Lancaster
Add an image to this gallery

Retrieved from "https://fallout.fandom.com/wiki/Millicent_Wellington?oldid=3081072"
Community content is available under CC-BY-SA unless otherwise noted.