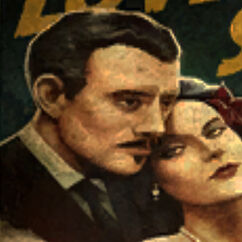 Mike Berlyn was a pre-War actor.

Mike Berlyn is mentioned only in the Fallout: New Vegas add-on, Dead Money.

Mike Berlyn is a reference to the developer on Infocom’s Suspended: A Cryogenic Nightmare.

Retrieved from "https://fallout.fandom.com/wiki/Mike_Berlyn?oldid=3302024"
Community content is available under CC-BY-SA unless otherwise noted.