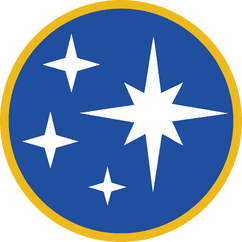 USSA Captain Michael Hagen was an astronaut before the Great War.

Along with Captain Richard Wade and Captain Mark Garris, Hagen was part of the crew of the Virgo II Lunar Lander. It was the first lunar landing, making contact with the lunar surface on July 16, 1969. The astronauts became the first humans to walk on a celestial body other than Earth.

The landing happened four days before the real-world landing, which touched down on the moon on July 20. The mission is the Fallout world's counterpart to the real world's Apollo 11, whose crew consisted of Neil Armstrong, Michael Collins and Edwin 'Buzz' Aldrin.

Michael Hagen is mentioned only in Fallout 3.

Retrieved from "https://fallout.fandom.com/wiki/Michael_Hagen?oldid=3262812"
Community content is available under CC-BY-SA unless otherwise noted.