The Metro Mass Transit System, commonly referred to as the Metro, is a pre-War public transit system of Washington, D.C., administrated by the District of Columbia Transit Authority.

With portions of the system semi-automated, protectrons were utilized for security, sales, and ticket collectors.[2] Wartime regulations also led to a heightened level of security among DCTA personnel, whose security teams were provided with laser pistols as standard sidearms.[3]

Although the system was abandoned and fell into disuse after the Great War, the quality of its construction allowed some sections to remain traversable two centuries later, providing the means for traveling between the districts of D.C. and its neighboring communities even if above ground routes are unavailable.[4]

The metro network tunnels provide shelter to raiders and wastelanders alike, alongside dangers such as super mutants, feral ghouls, and the same protectrons from before the war that still actively patrol the tunnels and lobbies, attacking anyone that does not have a valid metro ticket.[5]

The metro system is comprised of rail stations, connected by three metro lines - Red Line, Blue Line, and White Line. The system is located underneath the streets of Washington, D.C., extending outwards to both the north and south.

Stations are identified on the surface level by directional signs and obelisks with the metro symbol. The main stations have a grander entrance, with four escalators leading down to the station entrance. Smaller stations have single concrete staircases that lead down to the entrance underneath a curved roof of glass panels, now broken. Double chain-link gates open to connect the entrance to the station's lobby.

Generally, the stations share a similar configuration. They have a lobby where the customers once bought tickets from a metro employee ("agent") in a ticket booth. Restrooms and offices are located off the lobbies. Some lobbies have vending machines. In a few lobbies, there are status displays that show the power status of stations on the three primary lines in Washington, D.C. There is no display for the surrounding communities.

The Red Line was the first line completed. This line serves the central DC area and connects it with the northern and southern suburbs through its north-south orientation. The line serves from Friendship in the north to Anacostia Crossing in the south, and interchanges with the White Line at Metro Central. The line is shown on maps to extend further to the north and south.

Trains on this line are serviced from Meresti trainyard in the north. Like most of the network, the Red Line is not in a serviceable condition due to damage to stations, tunnels, tracks, and rolling stock. However, all stations appear to be receiving electricity according to control monitors.

The Blue Line consists of nine known stations. It was the second line completed in the system.

The Blue Line serves the west of the greater DC area. The line is known to extend from Marigold in the southwest, to as far east as L'Enfant Plaza, and then northwest to North Potomac. The line is shown to extend beyond these points on DCTA maps, but it is not known if these were in passenger service, links to service depots, or were used for long-distance services.

The Blue Line does not share any stations with either of the other metro lines; although the line appears to cross the White line near FDR Island station (on the blue line) and Foggy Bottom station (on the white line) on the system map, the lines are grade-separated, meaning a service linking the lines would not be possible without further construction.

Trains on the Blue Line were serviced from the Warrington trainyard, which also acted as the line's terminus in Virginia.

Like most DC metro lines, the Blue Line is currently not in a serviceable condition due to damage to stations, tunnels, tracks, and rolling stock. However, large parts of the line can be traversed on foot, with the exception of irradiated parts of the line, such as near L'Enfant Plaza and Warrington trainyard, and certain waterlogged sections.

Most stations still have access to electricity according to control monitors; additionally, some stations retain their protectron security guards; however, some stations have become home to groups of feral ghouls.

The White Line consists of eight known stations and was the last line completed in the system.

This line extends from Takoma in the northeast through the center of the city (meeting the Red Line at Metro Central) through to Platz in the west. Although the White and Blue Lines cross, this crossing is on different grades preventing any interchange of services or stations. Like the other lines, the route map appears to extend into Maryland and Virginia.

Like most of the network, the white line is not in a serviceable condition due to damage to stations, tunnels, tracks, and rolling stock. However, all stations appear to be receiving electricity according to control monitors.

There are many stations in the Capital Wasteland whose connection to these three lines is not fully understood. This is due to the extensive damage that is visited upon these stations. These stations include the Fairfax Metro station and Bethesda underworks.[6] Other stations had their entrances so completely destroyed that any attempt at locating them is impossible. Another station, Union Station is mentioned in Fallout 76.[7]

The metro is unlike many real-world subway systems. The use of an "engine car" towing non-powered cars is unusual, most real-world versions were phased out as the size of engine motors decreased (an example of such an engine used on the London Underground still exists). Real subways tend to use multiple unit trains where two or more cars are permanently joined, and then assembled into longer trains. Each group of cars has a drivers' cab at each end, removing the need to detach the engine at the end of the line, turn it around and reconnect it to the front of the train for the return journey

The Metro Mass Transit System appears only in Fallout 3.

Prepare for the Future video 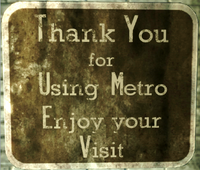 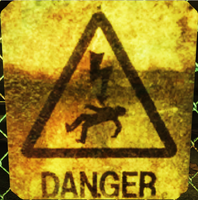 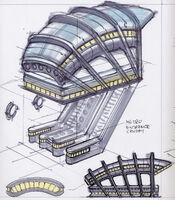 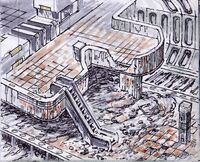 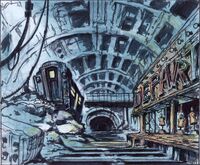 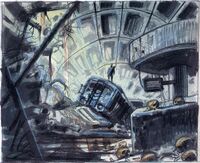 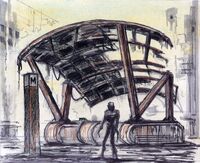 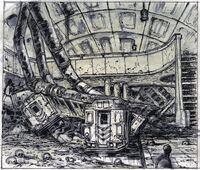 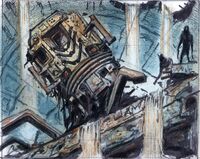 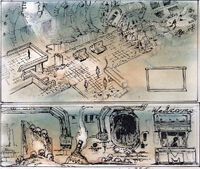 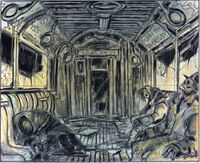 Retrieved from "https://fallout.fandom.com/wiki/Metro?oldid=3372874"
Community content is available under CC-BY-SA unless otherwise noted.