Megaton settlers are the unnamed wastelanders who have settled, but do not officially reside, in the city of Megaton, in 2277.

Megaton's unusual immigration laws seem to have created a condition where a substantial portion of the population of the town is in this situation. Essentially, new visitors to the town seem to be approved individually by the sheriff/mayor, Lucas Simms. Meeting this approval allows one to remain inside the town's protective walls, but does not constitute citizenship. Non-citizens of the town are not permitted to own housing, and instead must either rent lodging at Moriarty's Saloon, or for the less transient settlers, space in the common house is shared communally. (The PC is, initially, considered to be transient and thus is not welcomed by the other settlers to share the common area in Megaton.)

Upon meeting criteria which are not made exactly clear to the player character, settlers may eventually become full citizens of Megaton; many of the settlers will express a wish that "maybe someday they'll let me buy a house here". The Lone Wanderer may become a citizen of Megaton by disarming the bomb in the center of town during the quest The Power of the Atom.

Megaton settlers appear only in Fallout 3. 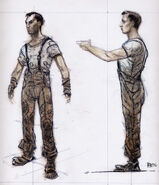 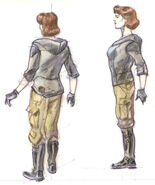 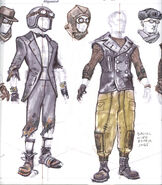