The ticketing area has only one stairway down to the subway platform. The platform has two sides. The north side by the stairway is flooded, with bloodbugs present. The south side has raiders and a crashed subway train that has been used to create a ramp through a hole in the ceiling. Up the ramp is a generator room with a door to D.B. Technical High School. 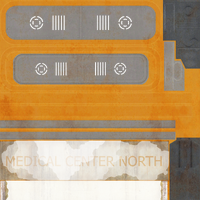 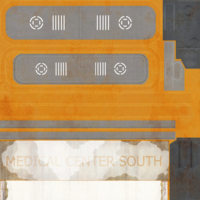