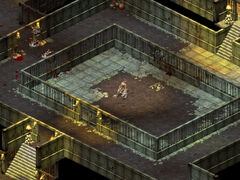 There are many entrances to it. If you go down the farthest it will turn into a separated crypt. If you go down the big hole there will be giant insects. Then baby deathclaws, which you may prefer to save (doesn't matter, and this is the easiest way to enter). The main entrance is heavily guarded, so the one closest to crypt is suggested. 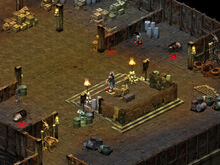 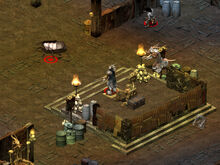 Daarr about to be attacked by a freed Mother
Add a photo to this gallery
Retrieved from "https://fallout.fandom.com/wiki/Mardin_(mission)?oldid=1811983"
Community content is available under CC-BY-SA unless otherwise noted.