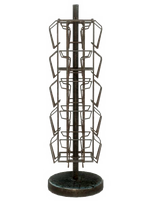 The magazine rack is a settlement object in Fallout 4.

The magazine rack is a specialized container that can store the various magazines and comic books found in the Commonwealth and outlying areas. Only reading material that provides a buff can be stored, meaning burnt comics, overdue books, etc cannot be placed upon it.

Magazine covers can be viewed and the individual magazines activated & read while they are on display in either the rotating or rectangular racks.

Magazine racks are located under Furniture → Shelves in the workshop.

Sometimes when removing all the magazines from a full stand at once will cause a glitch where one of the magazines from that stand will both enter your inventory as usual and will show back up in the first slot of the stand and a random number of duplicates show in the slots next to it.[verified] 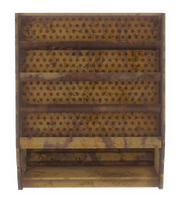 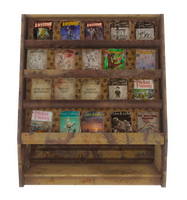 Add an image to this gallery
Retrieved from "https://fallout.fandom.com/wiki/Magazine_rack?oldid=2954437"
Community content is available under CC-BY-SA unless otherwise noted.