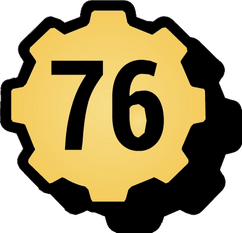 M. Thompson was a resident of Vault 76.

Two days prior to Reclamation Day, Thompson was caught by a security officer, Jill, singing loudly during the night after having reclaimed a six pack of alcohol from the Reclamation party stores. Despite theft being an offense requiring mandatory lockdown in a resident's room, he was merely put in a holding cell to sleep it off due to Reclamation Day being so close at hand.[1]

M. Thompson is mentioned only in Fallout 76.

Retrieved from "https://fallout.fandom.com/wiki/M._Thompson?oldid=3245097"
Community content is available under CC-BY-SA unless otherwise noted.