The House Always Wins
For the Republic, Part 2
Wild Card: Change in Management
Render Unto Caesar

Fallout: New Vegas
“This is nothing compared to what's waiting for you up in the penthouse.”— Mr. House

The Lucky 38 penthouse is a location in the Lucky 38 casino. It is where the Courier first meets Mr. House.

Down the stairs, to the left on the lower level, is a terminal with a large display screen where the player character can communicate with Mr. House, if he is still alive, or Yes Man, if his personality has been installed into the mainframe during the quest Wild Card: Change in Management.

To the left of the large terminal and tucked behind a staircase is a terminal on the wall with a Hard lock. This terminal opens the secret door to Mr. House's control room, allowing access to an elevator leading to where the physical body of Mr. House can be found. The terminal can also be unlocked with the access codes, which the player character receives by obtaining either a Lucky 38 VIP keycard or the platinum chip. Opening the door via the terminal will immediately turn the Securitrons hostile and fail The House Always Wins if the quest is active. In addition, there are miscellaneous items and furniture, including safe storage containers and a bed the player character can sleep in.

The Lucky 38 penthouse appears only in Fallout: New Vegas.

On the bookshelf opposite Mr. House, if the Courier takes or moves any of the books a positioning glitch will occur, rendering the player character unable to take any more.[verified] 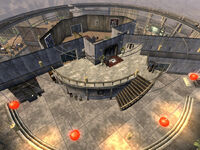 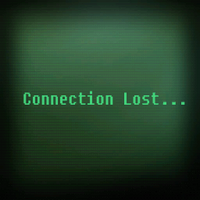 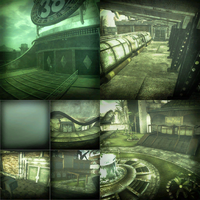