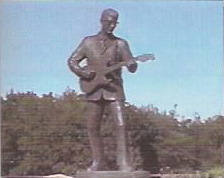 Image used as concept design for Lubbock in the FO:BOS2 design document

Lubbock was to be a location in the Texas Wasteland.

People have been going missing from both Ghoul Town and the Square with each settlement accusing the other. The ghouls have escalated tensions by staging an attack on the Square. The real cause is the Jackals, who have come from the north to gather slaves.[1][2]

Lubbock was going to appear in the canceled Fallout: Brotherhood of Steel 2.

Retrieved from "https://fallout.fandom.com/wiki/Lubbock?oldid=2811290"
Community content is available under CC-BY-SA unless otherwise noted.