Steal necklace from the Merchants 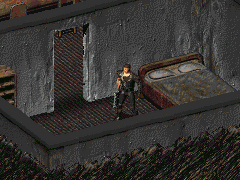 “Bloody fine job making it through the defenses, mate! I'm rather impressed. Toss me your name!”

Loxley is the head of the Thieves' Guild, located under a building in the Old Town section of the Hub in 2161.

Loxley is quick, intelligent, sharp-witted, good-natured, and humorous. He takes care of the thieves working for him, and they return the favor with their loyalty. He gives about twenty percent of the money stolen to the Old Town mutants, as charity.

Loxley strongly identifies with the original Robin of Locksley, Robin Hood. He pretends to have a British accent, even though he's not really English. His real name isn't even Loxley.[1] He generally loathes to use violence and kill, as dead people make poor returning "customers". Under his leadership, the Guild usually avoids any business with Decker.

Loxley appears in Fallout as a talking head and is mentioned in the Fallout Bible. He is voiced by Jeff Bennett.

"Bloody fine job making it through the defenses, mate! I'm rather impressed. Toss me your name!"

"Well, then why the bloody hell are you here? Sightseeing? The ambiance? My handsome face?" 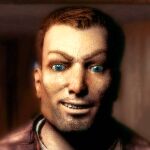 Loxley's headshot
Add a photo to this gallery

Retrieved from "https://fallout.fandom.com/wiki/Loxley?oldid=3430994"
Community content is available under CC-BY-SA unless otherwise noted.