Lorenzo Cabot is an archaeologist and the patriarch of the Cabot family, imprisoned in a maximum-security cell in the basement of the Parsons State Insane Asylum in the Commonwealth in 2287.

Lorenzo was born on March 28, 1835.[2] He is married to Wilhelmina Cabot and they together have a son and daughter, Jack and Emogene. Cabot was a talented archaeologist that with an interest in ancient civilizations that predate the earliest traces of his first ancestors. For years, Lorenzo studied the fabled lost city of Ubar which, according to legend, was founded over four millennia before the first human civilizations.

In the 1890s, the scholar bid farewell to his family as he left on a steamship on an expedition to the Rub' al Khali, the Empty Quarter of Arabia in the Middle East. All of his research finally paid off when Lorenzo found a ruined city in the Arabian desert that coincided with the description of Ubar documented by all the papers he read on the subject.

As his team of excavators began to unearth the site, a strange series of events took place. Two weeks into the dig, a sandstorm that seemed to last an eternity began. This cost the team their native guide and forced them to start over when the storm subsided, having covered the ruins back up with sand. Despite the setbacks, the excavation project yielded many valuable leads and answers as to the nature of the city and its long-deceased alien inhabitants.

Lorenzo and his men uncovered substantial evidence of their presence, including a mysterious crown that granted him inhuman abilities, such as an unnaturally long life and telekinetic powers. Believing that there was still more to discover in the city, Lorenzo had it buried to protect its existence until a time that he is ready to return and uncover its remaining secrets.[3]

Following his return to Boston in 1898, the 63-year-old Lorenzo was institutionalized indefinitely at the Parsons State Insane Asylum on June 11 of that year for committing numerous crimes that would have landed him the death penalty had it not being for his wealth.[2] His son Jack's study of the artifact and subsequent development of a serum derived from Lorenzo's blood has granted the Cabot family the ability to live for more than four hundred years.[4]

Two centuries after the Great War, the archaeologist and his dangerous artifact remain confined deep within the facility, guarded by a group of mercenaries hired by his family to protect their secrets from wastelanders seeking to abuse them.[5][6] When Jack Cabot hires the Sole Survivor in 2287 to assist with the family's problem, Lorenzo will offer to reveal his secret to immortality in return for his freedom.[7]

In the events of The Secret of Cabot House, the Sole Survivor can kill Lorenzo in his cell or release him. If Lorenzo is released, he can still be killed. Lorenzo has a number of superhuman abilities, including unusually high health, innate damage resistance on par with a full suit of combat armor, and the ability to release short bursts of energy that can deflect grenades and push the player character away when in close proximity. If the player character releases him, he proceeds to kill his family at their home and rewards the player character with an unlimited supply of his blood.

Lorenzo Cabot appears only in Fallout 4. 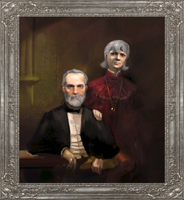