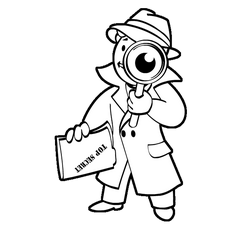 Long Time Coming is a companion quest in Fallout 4.

Nick Valentine is still disturbed by "Nick's" memories, and tells of an old gangster named Eddie Winter, who used to be one of the largest crime bosses in Boston. Eddie Winter had planned to live forever and as such, invested into a radiation experiment that turned him into a ghoul and due to this, he hid in a bunker under a sub shop he used as a hideout pre-War.

Upon accepting the quest Nick Valentine gives 1 of the 10 holotapes the Sole Survivor needs to get a code to unlock Eddie Winter's bunker. The remaining nine are in the various police stations in Boston; having them unlocked before reaching the required affinity of Nick Valentine can save time.

Talk to Nick and give him all holotapes. Then follow him to Andrew station. Enter the subway and follow Nick all the way to Eddie's bunker.

Retrieved from "https://fallout.fandom.com/wiki/Long_Time_Coming?oldid=2830974"
Community content is available under CC-BY-SA unless otherwise noted.