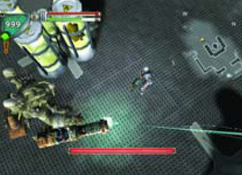 Learn Mutant Plans is a main quest in Fallout: Brotherhood of Steel. It is started in the Secret Vault residence 1 and ends with the final confrontation with Attis in the Laboratory Core.

This quest is given at the start of Chapter Three, the Secret Vault, and stretches through all 4 sections of it, spanning all main quests. To get to Attis in the lab who then reveals his plans, first find the way through the Residence Area. Get the residential keycard and open the door to Residence Three and face Attis for a first time in Hub.

After being thrown down the hole and led by Mary to the safe Gardens, Patty asks the Initiate to help the dwellers escape the vault, by disabling the vents. To get through the various sections of the Facilities, opening doors, help is needed from the technician. After dodging lasers and disposing of the nightkin, the mainframe disabling the vents can be accessed.

Attis is in the Secret Vault - Laboratories and to get there, a laboratory keycard is needed. Dubois has the only one, except he is somewhere in the dangerous Secret Vault - Ruins. Patty hands the ruins keycard to the Initiate who then makes his way past deathclaws. When Dubois is found in the cave, he is gobbled up by a large deathclaw, so kill the beast to get the keycard.

Now the door to the lab in the Gardens can be opened. Large mutants with big guns have to be dealt with. Take one of its eyes to open the door to Lab Two. To get to the next lab isn't that simple either. A giant deathclaw has an essential keycard, and you have to kill it. Use the code from the wedding ring to gain entrance to Lab Three. Here four mini boss battles take place.

The door to the core is now open en after a short stroll, Attis enter the arena for the final showdown. He reveals he needed the lab to find a cure for the mutant's sterility, so they could reproduce. However, the experiments failed and administering it to himself has caused a terrible mutation.

Retrieved from "https://fallout.fandom.com/wiki/Learn_Mutant_Plans?oldid=2786736"
Community content is available under CC-BY-SA unless otherwise noted.