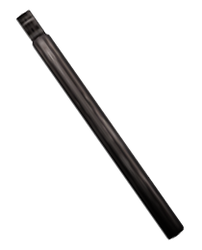 The lead pipe is a melee weapon that was to appear in Van Buren, the canceled Fallout 3 by Black Isle Studios. It also featured in the Van Buren tech demo game files.

A pipe, topped with a fitting at one end for grip. It is a good melee weapon for players who are just starting out.

Retrieved from "https://fallout.fandom.com/wiki/Lead_pipe_(Van_Buren)?oldid=2043373"
Community content is available under CC-BY-SA unless otherwise noted.