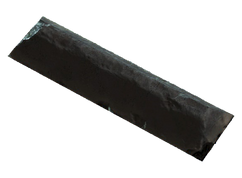 Lead is a crafting component in Fallout 4.

A highly dense and mildly poisonous metal, lead is used mainly for making radiation-resistant armor mods as well as chemical substances such as Mentats and the Lock Joint syringe at the chemistry station. Lead is also used to make most of the ammunitions through the ammunition plant.

Retrieved from "https://fallout.fandom.com/wiki/Lead_(Fallout_4)?oldid=2708072"
Community content is available under CC-BY-SA unless otherwise noted.