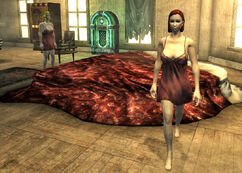 The King's School of Impersonation, Freeside

“When is the King coming back up here? I'm bored!”

King groupie are two followers of The King that live in The King's School of Impersonation in Freeside in 2281.

Essentially The King's personal prostitutes, the King groupies follow The King wherever he goes.

The King groupies only appear in Fallout: New Vegas. 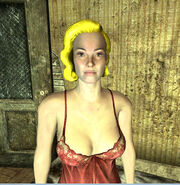 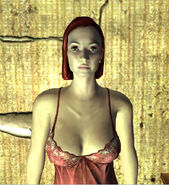 Add an image to this gallery
Retrieved from "https://fallout.fandom.com/wiki/King_groupie?oldid=2650411"
Community content is available under CC-BY-SA unless otherwise noted.