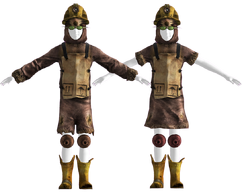 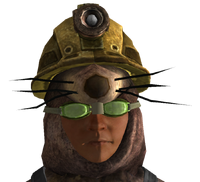 Kid's cave mole outfit and Kid's Murray the Mole hat are pieces of clothing in Fallout 3, embodying the mole mascot of Little Lamplight that can be seen above the entrance of the caves.

These items can only be obtained via reverse-pickpocketing Zip in Little Lamplight or through console commands.