EyebrowF
“I bet they have good food Uptown...”

Working as a cook and provider of sustenance for the slaves, Kai doles out the slop, a collection of barely edible meat substance from her stall in the market.[Non-canon 1][clarification needed] She stands behind a sheet metal table, picking the nasty bits of bone and organ out of trog meat, and mixing it with water from the local rivers.

Kai appears only in the Fallout 3 add-on The Pitt. 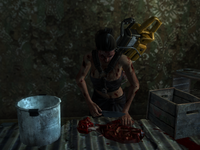 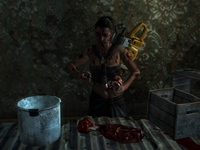 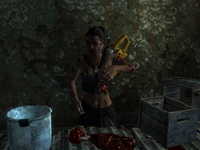 Kai in the trailer