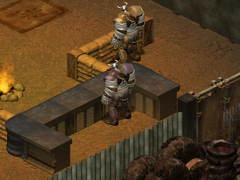 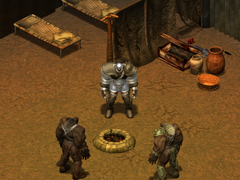 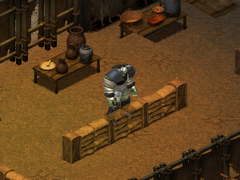 Juggoknot, one of these 3 super mutant commanders in the Kansas City mission

Juggoknot is one of the three commanders of the super mutants who attacked Kansas City in 2197.

Juggoknot is a large, smelly muppet. He has a scarred face and a bad, angry attitude. He has risen through the ranks despite his lack of intelligence. He strongly dislikes being called stupid.

He is encountered by the Warrior during the fight with the super mutants in Kansas City and is killed along with two other commanders.

Juggoknot appears only in Fallout Tactics as one of three mutant commanders to be killed by the player character. He is not named in-game.