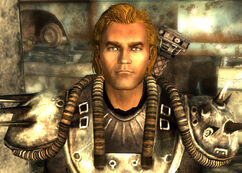 “Ymir, let's be honest -- I'd sooner die than let you anywhere near my bunk. But feel free to send that boy of yours any time.”— Carolina Red

Retrieved from "https://fallout.fandom.com/wiki/Jotun?oldid=3187817"
Community content is available under CC-BY-SA unless otherwise noted.