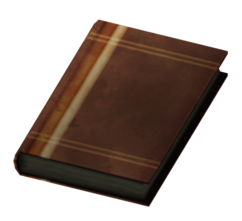 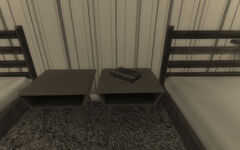 Janet Rockwell's diary is a world object in Fallout 3.

Found on a sub end table in Janet Rockwell's bedroom in the Rockwell residence.

I just don't know what to do anymore. When Roger's not in that stupid basement, he's outside sweet talking that hussy, Martha Simpson. He claims there's nothing between them, but I know it's all a lie.

I found a woman's pendant once, on Roger's workbench. But of course, I said nothing. That's me, Janet Rockwell, prim and proper housewife, living a perfect life here on Tranquility Lane.

Some days I wish I really had beat her to death with that rolling pin. Then Roger would know I'm the only girl in the world.

The diary can only be read after Betty has given the assignment to find a way of breaking up the Rockwells' marriage.

Retrieved from "https://fallout.fandom.com/wiki/Janet_Rockwell%27s_diary?oldid=2241878"
Community content is available under CC-BY-SA unless otherwise noted.