In 1982, Adhaminto Boone had to close down his small games company, Boone Corporation. Brian Fargo, who was vice-president of R&D, took along some of the senior programmers to found Interplay Productions. The small outfit published several titles, but finally struck gold with The Bard's Tale and Wasteland, which gave them the financial backing they needed to start publishing their own titles, instead of relying on EA as their publisher.

They started publishing games from other companies in 1988, but it wasn't until 1993 that they managed another hit, and started the "Descent" series, first produced by Parallax Software. Starting in 1992, they were noted for pumping out a few Star Trek games, and in 1997 they released Fallout and MDK, followed by Baldur's Gate in 1998. Although the games were successful Interplay Entertainment continued to bleed money and was on the verge of bankruptcy. Interplay Entertainment went public that same year in order to avoid bankruptcy and pay off debt. The name of the company was changed to "Interplay Entertainment Corp". Interplay Entertainment Corp. continued to publish outstanding games but at the same time bleed money. In a bid to shore up the company's finances, they struck a deal with French company Titus Interactive for financing in return for stock and stock options. Losses mounted and control of the company went to Titus Interactive.

Interplay, under the control of Titus, installed a new president, Hervé Caen. Fargo stayed on for a while as company chairman. Several years later Titus was starting to get into financial and legal trouble and eventually had to close business in 2004. Since his installment as president, Caen had tried to shift the company's attention towards console games, an area where the company had never had much success. They missed the 2002 Christmas season, making Interplay Entertainment's already precarious position desperate.

Interplay Entertainment was evicted by their landlord on the very day that Titus quit business, and most of the remaining staff had to leave because they weren't getting paid. Hervé and a few others relocated to another office, trying to get the company going again by selling off their various assets, but its various debts were simply too staggering.

On December 8, 2003, Interplay's division which worked on the original Fallout games, Black Isle Studios, had to cancel their vision of Fallout 3, Van Buren, due to financial difficulties at Interplay.

Throughout 2003, Interplay developed Fallout: Brotherhood of Steel for the PlayStation 2 and Xbox and it was released in January 2004 to mixed reception and poor sales. The game was developed with little influence from the developers of the classic Fallout games (Black Isle Studios). Interplay also received legal issues with Snowblind Studios for using their engine. Interplay cancelled a sequel to Brotherhood of Steel as a result.

According to Steve Palley at Gamespot, "In July 2004, Interplay announced that it had auctioned off the Fallout license to Bethesda Entertainment for a little more than a million dollars, as part of its effort to regain solvency."[1] While Interplay would retain ownership of the Fallout IP, Bethesda would have the rights to make three Fallout games.

On November 29, 2006, Interplay was served with an involuntary bankruptcy order. The following day, Interplay filed a SEC form, stating their intent to seek European funding for a Fallout MMOG project. The form notes their intent to begin development in January 2007.

In November 2006, Interplay, still headed by Hervé Caen, filed a Form 8-K filing to the United States Securities and Exchange Commission (SEC) regarding a potential Fallout massively multiplayer online game.[2] In April 2007, Bethesda, who were developing Fallout 3, purchased full rights to the Fallout IP for $5.75 million USD. While Bethesda now owned the rights to the Fallout MMO IP, clauses in the purchase agreement state allowed Interplay to license the rights to the development of the MMO.[3] Specific requirements were stated in the agreement that if not met, Interplay would immediately lose and forfeit its license rights for Fallout. Development must have begun within 24 months of the date of the agreement (April 4, 2007), and Interplay must have secured $30 million within that time frame or forfeit its rights to license. Interplay would furthermore need to launch the MMOG within 4 years of the beginning of development and pay Bethesda 12 percent of sales and subscription fees for the use of the IP.

In November 2007, Interplay reopened in-house development and hired Fallout developer Jason D. Anderson as creative director for an unannounced MMO.[4] Given the aforementioned facts, it's most likely that the game Anderson is working on is Interplay's Fallout MMO, given that he is the contact name of Interplay's jobs appliance and that Fallout is referred in the job requirements.[5]

On June 30, 2008, it was announced that Interactive Game Group, LLC (created by Frederic Chesnais, former Chief Executive Officer of Atari, which now also owns MicroProse) purchased 2,000,000 shares of Interplay stock, as consideration for entering into a game production agreement.

In 2010, Interplay formed Interplay Discovery for the purpose of making pinball and other arcade games, to help fund Project V13.

On December 31, 2010, Interplay stated that they currently had a loss of over $2.8 million in deficit and over the previous financial year lost over $1 million due mostly to what they described as historic operating losses and deficits in shareholder equity. Due to this, the company announced in late May of that year that they had significant doubts as to their ability to function as an ongoing business concern.[7]

On April 15, 2009, it was announced that Bethesda Softworks moved to rescind the Fallout MMORPG license.[8] On September 8, 2009, Bethesda filed two lawsuits, accusing Interplay of two counts of breach of contract, trademark infringement, and unfair competition. In the first lawsuit, Bethesda claims that Interplay is in breach of the Fallout MMO agreement for failure to commence full-scale development by April 4, 2009, and to secure certain funding for the game. Interplay disputes these claims.

The second lawsuit concerns Interplay's continued sale of Fallout, Fallout 2, Fallout Tactics, and Fallout: Brotherhood of Steel. According to Bethesda, the licensing contract requires all advertising, packaging, and other promotional material to be sent to them for approval first, which, according to the lawsuit, was never done by Interplay regarding neither the Fallout Trilogy pack, nor any of the releases through Good Old Games, Steam and other digital distribution platforms. Bethesda also claims that the name Trilogy constitutes unfair competition, since it suggests that the pack includes Bethesda's own Fallout 3.[9]

The lawsuit ended January 9, 2012, with Bethesda paying Interplay $2 million USD in exchange for Interplay dropping all claims to the Fallout brand. Bethesda subsequently owned all rights to the Fallout name and IP, allowing sales of the first three games (Fallout, Fallout 2, and Fallout Tactics) through December 31, 2013.[10]

In May 2012, Interplay attempted to resurrect one of their remaining dormant IPs - Battle Chess - farming development to Subdued Software, with Interplay publishing. Seeking funding via a Kickstarter, the project fell well short of its $100,000 goal, with only $16,000 being pledged. It has since been placed on Steam as a part of the Steam "early access" program.

Despite the loss of the Fallout franchise and many fans' beliefs that the game had been canceled, Interplay continuously listed the PV13 project as "coming soon" on their website for some time afterward.

On December 20, 2012, Interplay launched a funding campaign on the Black Isle website for a new Project V13 and confirmed the work on the previous incarnation had been abandoned. They proposed to construct a prototype game in order to encourage the eventual development of a strategy RPG. Press response to the campaign was generally negative, noting a lack of rewards, beyond access to a proposed forum for contributors to the campaign, no indication of funding goals, and the end product being a prototype, not an actual product.

All references to PV13 however have since been removed without comment or refund. 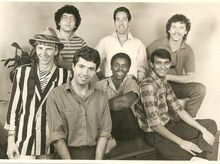