The primary supplier of water and edible foodstuffs for the Institute, this division is filled with hydroponic farms and even a small gorilla habitat where the scientists have recreated gorillas using information and documents from before the war. Its head is Clayton Holdren.

The BioScience area focuses on the hydroponics and preserve area, with the adjacent rooms containing workshops, laboratories, and storerooms, as well as the access point to the old FEV lab. This can be accessed by going down the hallway to the right of the entrance, through the storeroom and the corridor beyond. It is beyond a Novice-locked door. It is currently shut down and abandoned.

The gorillas may be teleported along to assist in the fight against the Brotherhood in the quest Airship Down.

The Institute BioScience appears in Fallout 4. 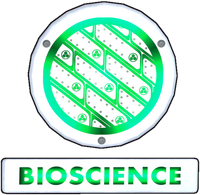