Institute Advanced Systems is a section of The Institute in 2287.

The Advanced Systems division specializes in applied physics, including plasma weaponry and teleportation, as well as other special projects, such as the Institute reactor. Weapons such as the Institute laser are developed, tested, and innovated upon here to arm synth foot soldiers and coursers. This is also where the Institute created the experimental synth relay grenades, which will automatically teleport in multiple synths to fight for the player character where thrown. Evan Watson, who gives the quest Appropriation, is here. Young Shaun can also be found here following the first meeting with Father. The division's head is Madison Li.

Advanced Systems consists of a small central lab with multiple workstations, connected to which are a firing range used to test new weaponry, Madison Li's office, and the forcefield-blocked entrance to the Institute reactor (an old C.I.T. experimental nuclear reactor), only accessible during the quests The Nuclear Option or Powering Up. 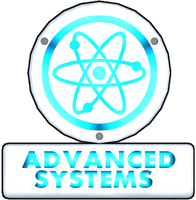