The Infiltrator is a weapon in the Fallout 3 add-on The Pitt.

The Infiltrator is a silenced and scoped, stockless, and shorter assault rifle. It has the lowest DAM and DPS of any weapon in the assault rifle class. However, the integral sound suppressor permits repeated sneak attacks, while the scope permits enhanced spotting.

Despite this weapon's scope, it still suffers from the typical inaccuracy of assault rifles, struggling to put together a tight grouping at minute distances. Combined with the fact that each bullet doesn't hit particularly hard, this weapon is not viable for long-distance fighting, especially on higher difficulties, the Infiltrator's low damage outweighs its firing volume benefits.

However, due to the silenced nature of the gun, any player character with a high Sneak skill who maneuvers to a good position to take out softer targets like Raiders will benefit from the weapon. The same 24-round magazine, however, makes following up VATS-attacks without taking damage or alerting further enemies difficult as most of the ammo would have already been lost. 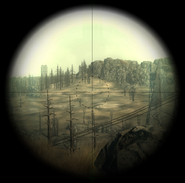 View through the scope 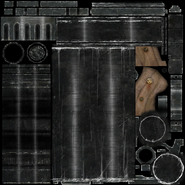 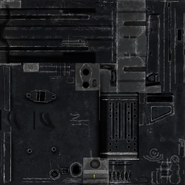 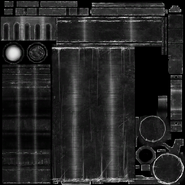