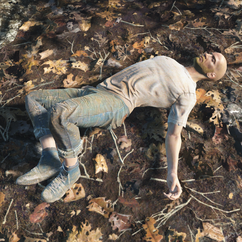 Howard Dunbar is a deceased harborman and repairman on the Island in 2287.

Howard Dunbar was one of the settlers living at Far Harbor. After he went south to fix the fog condensers in town, he was killed by several mirelurks.

Howard Dunbar appears only in the Fallout 4 add-on Far Harbor.

Howard's corpse may not spawn, making it impossible for the player character to loot the fog condenser components needed to complete Safe Passage.[verified]

Retrieved from "https://fallout.fandom.com/wiki/Howard_Dunbar?oldid=3484289"
Community content is available under CC-BY-SA unless otherwise noted.