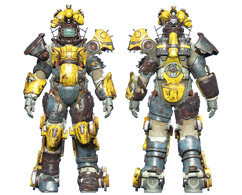 FEXXX806 (furniture)
“The Horse Power Armor is a unique set, created by a demented Raider obsessed with the Giddyup Buttercup. Featuring increased movement speed and jump height, it's off to the races!”— Loading screen

The horse power armor is a set of power armor created by a raider named Scabby. Scabby created and used the armor to take revenge on his gang for destroying the toy he was in love with.

In the basement of the Wilson Atomatoys corporate HQ.

The horse power armor is a reference to the controversial horse armor DLC for The Elder Scrolls IV: Oblivion. The DLC was heavily criticized at its release for its steep price point, having since become a running joke within the franchise. 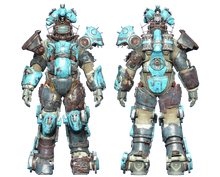 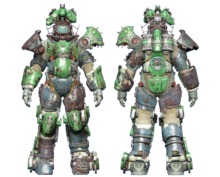 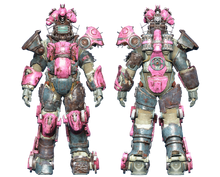 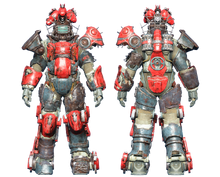 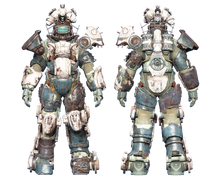 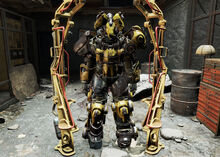