The highway patrol car is a pre-War police vehicle.

Used by the Nevada and California Highway Patrol along I-15 and surrounding highways and state routes. There are three such cruisers found in the Mojave Wasteland in 2281 - two variants belonging to the Nevada force and one of which used by the California equivalent. With the exception of the state-specific seal on the door, the vehicles are identical. 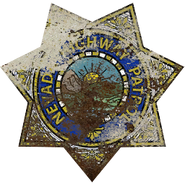 Nevada badge on the car 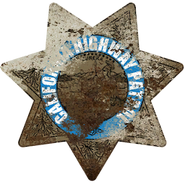 California badge on the car 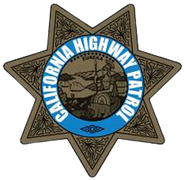