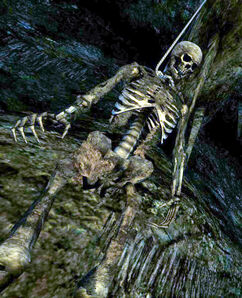 Herzog was the owner of the Herzog Mine.

Herzog owned the Herzog Mine. He treated the miners poorly, and as a result they eventually refused to work. Herzog became angry with the miners, and the conflict between them escalated to the point where Herzog killed the miners with dynamite. He then committed suicide by hanging himself. His body can still be found hanging from the ceiling of the mine.