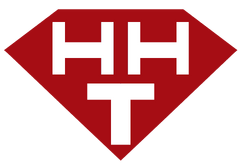 Henderson was an employee at the H&H Tools Factory before the Great War.

Henderson attended college, receiving a degree in robotics before accepting a position at the H&H Tools Factory. The paranoid owner of the factory, Anthony House, was afraid that Henderson and his half brother Robert House were planning to seize the company out from under him.

Anthony asked Cindy-Lou Kreb to keep an eye on Henderson, going as far as to monitor his e-mails to check for suspicious activity.[1].

Henderson is mentioned only in Fallout: New Vegas.

Retrieved from "https://fallout.fandom.com/wiki/Henderson_(Fallout:_New_Vegas)?oldid=3326886"
Community content is available under CC-BY-SA unless otherwise noted.