The Hellcat Company is a mercenary faction operating in Appalachia.

In 2104, the Hellcats were hired by Doctor Edgar Blackburn to protect him in Vault 96, and to provide him with human subjects for his research. He describes the group as somewhat trustworthy, at least as long as they get paid, and morally flexible.[1] In exchange for their services, Dr. Blackburn promised them the right to salvage the contents of the vault.[2] They were eventually overrun by Blood Eagles, who utilized explosives and advanced at a fast pace toward the mercenaries.[3] At some point prior, the Hellcat Company was hired to deal with the Fanatics of the Pitt.[4] The group is well-equipped, with most members wearing their signature mercenary outfits, while officers have access to unique power armor sets.

The Hellcat Company appears in Fallout 76, introduced in the Steel Reign update.

The Hellcat Company logo features the Latin phrase "mors ex mare," which may be translated as "death from the sea." 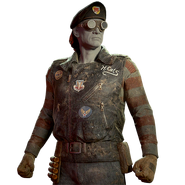 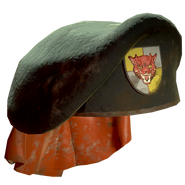 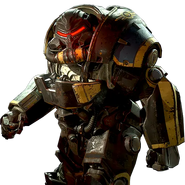 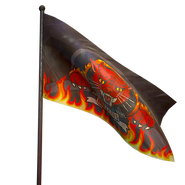 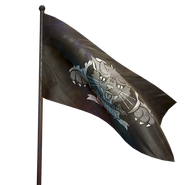