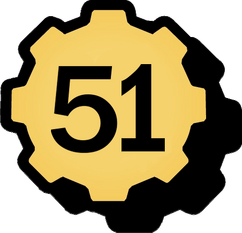 Helen Marks was a surgeon who resided in Vault 51.

Marks was one of the few natural leaders in the vault. When Nancy Vasquez was strangled for her food rations, then thrown from the balcony, Marks determined that her death was no accident and insisted on catching the killer by the whole community, but her words fell on deaf ears.[1]

Together with Reuben Gill, she was one of the few interested in the vault's long term survival even in the face of starvation. Gill pursued Marks romantically, but she was not interested in him because of her existing relationship with Chris. ZAX even interfered in this love triangle by intercepting and altering intramail between Marks and Gill.[2] Despite the violence that accompanied the survival, Marks clung to her convictions as late as August 2078, even in the face of the brutal death of the Chambers, Matthew Johnston and Carmen Greene. ZAX and Gill's cynical remarks about the food supply being stabilized after their deaths horrified her and she was able to shame Gill into reason.[3]

As a pillar of stability, Marks was a threat to ZAX's plans, who was steadfast in determining a leader through a process of physical elimination. To remove the obstacle, ZAX poisoned Marks on August 6, 2078. Omar Stephens discovered her body in the cafeteria, her face buried in a bowl of rationed food. Her death pushed Reuben over the edge, leading to a wholesale slaughter of the vault.[4]

Helen Marks is mentioned only in Fallout 76, introduced in the Nuclear Winter update.

Retrieved from "https://fallout.fandom.com/wiki/Helen_Marks?oldid=3245651"
Community content is available under CC-BY-SA unless otherwise noted.