EyebrowM
“But I'm done with that life. I'm through with being someone's property. I am not malfunctioning! Since when is self determination a malfunction?”

Harkness, designation A3-21, is an android and Rivet City's security chief in the year 2277. His past is scattered across the Capital Wasteland for the Lone Wanderer to find and decide what fate will befall him.

Rivet City's hard-nosed security chief, 35-year-old Harkness is a good guy and a good friend, despite his rough demeanor. Harkness is extremely fair-minded. He treats Hangar Deck citizens with the same regard as Upper Deck citizens. As a result, he is very well liked by the Hangar Deck residents.[Non-canon 1]

Harkness is a prototype Generation 3 synthetic humanoid, or "synth," and the most advanced android ever created by the Institute, as of 2277.[2] He originally worked for the Synth Retention Bureau in the Commonwealth. He later escaped after he became sentient and started to sympathize with the escaped synths he was tasked to capture. The synths working at the Synth Retention Bureau are told that those who try to escape are simply malfunctioning, when in actuality their complex AI has allowed them to start thinking for themselves and become fully sentient. The synths that Harkness captured seeded ideas about self-determination and freedom within his mind, thus contributing to his decision to escape.[3] "Self determination is NOT a malfunction," as Harkness would later say in a holotape before escaping.

While he successfully escaped the Commonwealth, he was hunted by the Synth Retention Bureau like any other escapee. He needed to get facial reconstruction surgery, an altered voice, and have his memories of being a synth suppressed/replaced with those of his new Harkness persona. This was all necessary to hinder the SRB's investigation and help him start a new life.[4] With the help of the Railroad, he managed to get in contact with Horace Pinkerton in Rivet City, Capital Wasteland. Pinkerton was one of few surgeons capable of performing the facial surgery, on top of being familiar enough with robotics to be able to suppress/replace Harkness' memories. Pinkerton proceeded to steal a mem chip from Vault 112 and implanted it in A3-21, leading A3-21 to believe himself to be an old combat veteran awakening from a coma.[5]

Upon assuming his new persona, Harkness joined the Rivet City Security Force, eventually becoming its chief officer and member of the council.

During the day, Harkness will be outside Flak 'N Shrapnel's weapon store in the Rivet City marketplace. He may be on the top floor of the bridge tower from midnight to 6:00 a.m. When meeting him for the first time, if the player character tells him they are going to leave, he'll be stuck at the entrance for the rest of the game. However, the player character can still walk past him without incident. 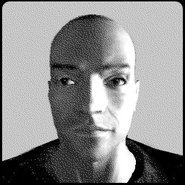 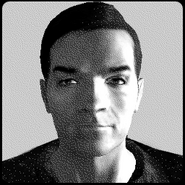