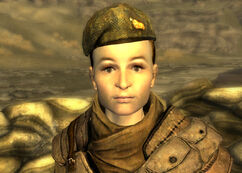 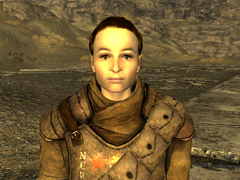 Haggerty without her beret

“This is a restricted area. State your business.”

Lt. Haggerty is an NCR soldier stationed as commanding officer at HELIOS One in 2281.

Lt. Haggerty is disgruntled by the fact that she is guarding HELIOS One rather than being out on the front lines, though she does comment that if the NCR loses the battle at the dam, then the plant may be their last stand.

Retrieved from "https://fallout.fandom.com/wiki/Haggerty?oldid=3177931"
Community content is available under CC-BY-SA unless otherwise noted.