Fallout 4
Nuka-World
“The Gunners are the Commonwealth's most well organized mercenary group. Unscrupulous and highly skilled, they will take any contract... if the price is right.”— Fallout 4 loading screens

The Gunners are a gang that operates in the Commonwealth and Nuka-World in 2287.

They serve as mercenaries, described as better equipped than raiders.[5][6][7][8][9] Robert MacCready states that their motivation is money, and protecting their bottom line.[10] Piper Wright describes them as having equivalent training as the Brotherhood of Steel.[11] They are well equipped and utilize combat robots.[Non-canon 1] The Gunners perpetrated the Quincy Massacre, attacking the settlement protected by the Commonwealth Minutemen. The town fell, with only twenty individuals escaping.[12] Deacon states that no one knows who is pulling the Gunners' strings, and Piper notes that their efforts are not coordinated.[13][14]

Gunner ranks range from recruits to brigadier and have tattoos on their foreheads.[15][16][17] Gunners utilize radio to organize and command initiatives and build fortifications on highway bridges and overpasses.[18][19] They accept contracts from the wealthy residents of Diamond City, bounties, as well as missions involving tech salvage.[20][21][22]

They do not take prisoners, and Danse mentions they cannot be reasoned with and do not surrender.[23][24] In some areas, Gunners will not immediately fire on the Sole Survivor, but will appear hostile on the radar. They will instead warn them to leave and if the Sole Survivor ignores them and approaches, the Gunners will become hostile and attack.

The Gunners appear only in Fallout 4 and its add-on Nuka-World. 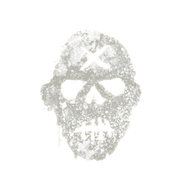 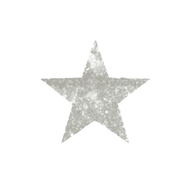