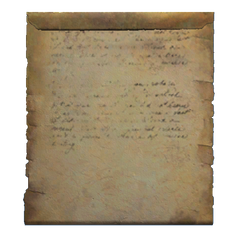 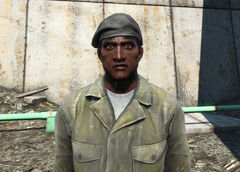 On Deuce, a Gunner found under a bridge directly southwest of the D.B. Technical High School during Burned on the River.

I found the safe, but I can't figure out this last lock. Sarge's clue said something about lining up the cards. What fucking cards?

On top of that, I keep getting this feeling I'm being followed. Maybe I shouldn't have left the clues in the other safes. Eh, I locked them both, and there isn't a scav in the Commonwealth smart enough to open them.

Retrieved from "https://fallout.fandom.com/wiki/Gunner_Deuce%27s_note?oldid=3067807"
Community content is available under CC-BY-SA unless otherwise noted.