The Guild of Antiquities power armor paint is a paint scheme in the Fallout 76 update Steel Dawn.

A black paint job with silver accents and details, which varies depending on iteration of armor. A white Guild of Antiquities Pegasus emblem is featured on the torso armor segment. The visor glass is a bright green, and there are small dots on each armor in matching green, in areas like the forearms and shoulder of the T-51b power armor.

Applying the paint costs the same amount of components for all variants and slots of power armor.

Unlockable during season 3 upon reaching the following ranks:

Craftable at any Power armor station. 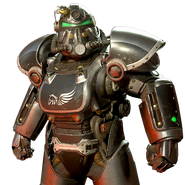 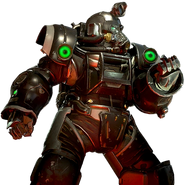 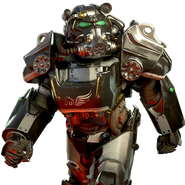 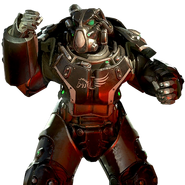 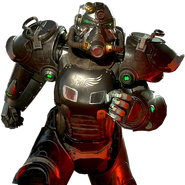 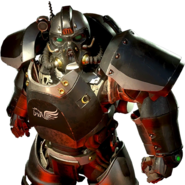