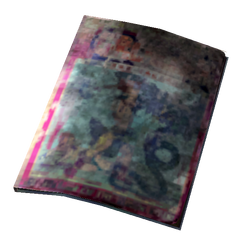 Grognak the Barbarian is a skill book in Fallout: New Vegas.

Grognak the Barbarian is a series of comic books published by Hubris Comics in the mid-21st century. The comic books relate the adventures of the main character in a prehistoric world.

With the add-on Old World Blues, this skill book can be crafted by the player character.

Note: The recipe is consumed as part of the crafting process, meaning only one book can be crafted.

Other than being crafted, the skill book can be found in the following locations. 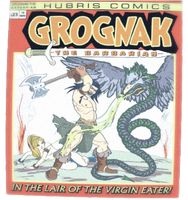 Unused Grognak icon
Add an image to this gallery
Retrieved from "https://fallout.fandom.com/wiki/Grognak_the_Barbarian_(Fallout:_New_Vegas)?oldid=3293286"
Community content is available under CC-BY-SA unless otherwise noted.