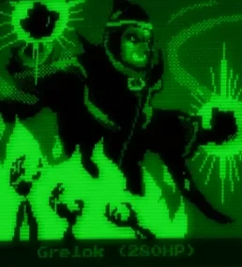 Grelok is a fictional character created by Hubris Comics and a villain in the Grognak the Barbarian series.

A powerful sorcerer, Grelok is a recurring villain of the Grognak comic book series, being the lead antagonist in several video game adaptations of the series. In the beta version of Reign of Grelok, Grelok took over several large villages surrounding a mountain, and Grognak set out to defeat him. Grelok also had the power to rejuvenate individuals and turn them into zombies.[1] Grelok was later defeated by Grognak, and peace was returned to the world. 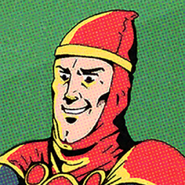 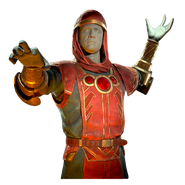 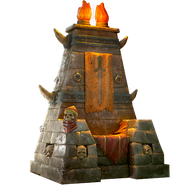 Grelok is mentioned in Fallout 3. He is also the main villain in the Fallout 4 and Fallout 76 holotape game Grognak the Barbarian and the Ruby Ruins. He also appears in Fallout 76 Atomic Shop merchandise.

Retrieved from "https://fallout.fandom.com/wiki/Grelok?oldid=3323054"
Community content is available under CC-BY-SA unless otherwise noted.